Reunited, And it Feels So Good 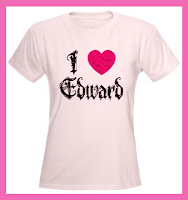 Edward.
He sees me from across the room and smiles. He walks over and speaks my name.
"It's been a long time" He says, as he gives me a small kiss on the cheek.
"Too long" I mummer, slightly embarrassed.
He leads me away from the crowd with his hand gently on the small of my back.
Finally we talk.
And all at once it is like no time at all has passed.  His hands are in my hair. He's making suggestions in my ear. Interesting suggestions.
I tell him how frustrated I've been. I tell him to do what he wants. For a small instant, a furtive voice inside me thinks, damn the cost, I  need this man.....
He gently pats my shoulder, "I'll take care of you.."
I relax slightly, I know he will.
I sit back and hear the sound of a zipper being released.
He takes out his....
scissors,
and begins to cut my hair.

OH YES! My former stylist Edward and I are back together. Edward and I have been on a break, a very long 2 year break. It's had it's highs and lows while I've bounced from one unsatisfying stylist relationship to another.  After my last encounter where (a highly recommended woman) butchered my hair and my eyebrows, I've said enough is enough.

The thing I love about Edward is that he is not gay.  Please note, I have nothing against gay people, or gay stylists. I know people will argue this point with me (I know all about Deanna and her devotion to Ron) but I've never had a good cut from a gay man. The styles may have been technically perfect, but they always lacked being appropriate for me, specifically. When you have a man who likes women doing your hair I think you end up looking how men would like to see you and your hair (that may have come out wrong...)

Edward is married, hunts and fishes with his Dad and brothers and looks slightly like a computer programmer. He's balding slightly, has a beard and wears somewhat geeky glasses. I am sure in his personal life people probably call him Ed. He is the most unlikely person you would imagine finding at a high end salon wielding $1000 scissors (This is true, we talked about it today. I learned all kinds of things about expensive scissors today.)  He's got a nice conversational style but with him you can also just be quiet and it's not uncomfortable. One of the last girls prattled on and on about her small child and her love of Sweet-n-low which is probably giving her cancer, I kid you not. I can not stand yammering like this and yammering while someone is touching me for 2 hours is some kind of sensory overload nightmare to me.

Anyway, Edward served me coffee, mentioned velcro roller to me with no prompting whatsoever, and told me I really do have beautiful hair. (yes, I believe his lies because when he does my hair it IS beautiful) tonight, I have gorgeous highlights, soft shiny waves and eyebrows that do not resemble two skinny rainbows over my eyes.

You DO have beautiful hair, Christine. Edward wasn't lying :)

Sounds like you had a wonderful trip to the salon!

You flatter me Karley!

Oh my gosh, totally was cracking up over the first part of this! I don't know, Steph, what do you think? Do you think she has a future at Harlequin?

Can't wait to see the hair -- and you are right about my devotion to Ron -- although, we too were on a break for a while...

Oh my god that prelude was hysterical!

I have to give you props on that intro. Loved it. I hope that Edward doen't read your blog, though. Thanks again for the baby gifts. Kate LOVES those toys.

I didn't tell Edward about my blog.