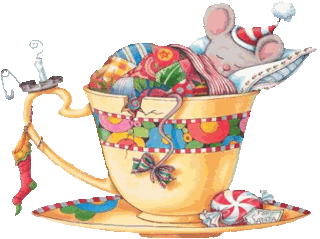 Is anyone else out there tired?

My dining room looks like Santa's workshop (at least the wrapping department at the North Pole) and yet I am hosting Christmas Eve in it tomorrow. For 18 people.....

It seems that everyone who loves my daughter (which, as it turns out, is a lot of people) and that means from friends this weekend to people my husband works with to our neighbors to the speech therapist, have given her birthday gifts. I'm not complaining mind you, (well yes I am) but I don't begrudge any of it. I'm happy people like her and treat her well. But it  looks like the man with the bag has already been here. And while it's true that she doesn't get gifts like this at any other time of the year, I'm always afraid so many gifts all at one time is a little excessive for anyone. (I steal things from the pile to whip out at a later date) While you could imagine a large amount of gifts would be special to a child,  I fear that it brings more want instead and the specialness is diluted.

I guess I should blame this on Santa as well.  That guy seems to give way more presents than Mommy would ever permit. (And trust me, compared to some people I think we do give a lot less.)

(Here I could wax philosophical about the true meaning of Christmas, but you've heard it all before....)

Today at pre-school I talked to a bunch of people and it felt like we were all in some kind of race, trudging tword the finish line with a glazed look in our eyes. More than one person said they couldn't wait until it was all over.

I didn't say that this year but I've been there before. I have. The past 2 Christmases I've been horribly sick (and I never get sick) Christmas week.  We are fine this year. I stress over spending large amounts of money (cash mind you) so much so that last year I also needed to put $1000 into my car the week after Christmas.( I swear I caused this, along with the sickness myself)  This week, I kid you not, I had to put $431 into it.... Apparently I am handling the money stress better, although, clearly, have not mastered it yet. ;-)

Ouch! Car repairs are the worst. I am glad you're not sick. I was bitten by the stomach bug Saturday night and I am trying to drag myself to Rubino's today to make the guys a decent dinner that doesn't involve ham leftovers again :)

uugh!! I hear you! I said today "we have nothing in this house to eat that isn't a leftover.... I'm off to Wegmans in a few minutes!