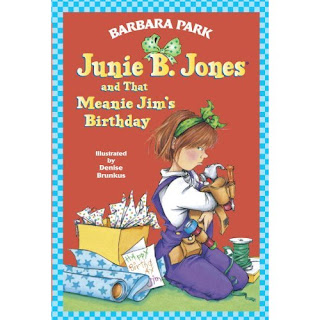 Excuse my title, I've been reading Junie B Jones again....

I really want to change thaty M to a W in Meanies.... Because Verizion was no help whatsoever in my phone debacle.

So the man at the Verizion store in Greece NY told me that he could not help me because "GASP" I broke the touch screen. Apparentlyt this is some kind of mortal sin in the cell phone world because this is the only thing that voids the warranty....

And of course, I didn't choose insurance on the phone.  I had the other phone for like 17 years without issue. Insurance seemed like overkill.

But here is the thing. I really and truly didn't do anything to it.

And the meanie cell phone man told me that these phone are very delicate. And he said it like I was 5 years old so that I could understand him..... That I could have had it in my purse or in my pocket and sit down or bend over and it could crack.

Seriously, he said that. That I could sit down with it in my pocket and break it.

And I do sit down and bend over fairly frequently.

But answer me this people-Why on earth would they make a phone that fits in your pocket if carrying it there would be dangerous? And where else am I supposed to carry it, if not in my purse????  I currently carry a Garmin GPS, a portable flip video camera, a digitil camera and sometimes my nook in my work bag with no incident... They all still work and it's been months.

When I also told them the cell phone had terrible sound quality he asked why I didn't bring it in to them to look at.

I tell you why buster-I only had the thing for 11 days. And I have a life.

One that doesn't REVOLVE around a cell phone.... (but quickly deteriorating into one that does obviously....)

And of course, they can't take the expensive data package off until I get a new phone that doesnn't require a data package. And of course, my actual LIFE then intruded in the form of a child home from school, taking my grandma Christmas shopping, Girl Scouts and today, Work. So I still haven't gotten a phone.

And my husband has this phone too now and he also wants out  because he doesn't need this technology either and would just as soon go back to his old phone. Which means I could have his. But I don't want this device. It's just too much.

And of course, they will take the phone back and give me a new one for a  $35 restocking fee.

I also noticed that one could purchase a protective covering for the palm pixi as well.....

And finally, I noticed that I could purchase a used pink Razor phone in working condition for $10.......

I'm thinking about it.
Posted by Christine at 10:55 PM

Christine go to the Attorney General's website, I believe you can fill out a complaint on line. If the phone is so delicate it can not withstand standard use you may have a case to get your money back for the phone and the data package you have been paying for, but without the screen cannot access. Keep track of when it broke, and all the times you spoke with Verizon to get it fixed. Good Luck. I personally hate Verizon but since so many people are on it, I can't leave if I want to talk to them on my cell (and they are outa staters too)