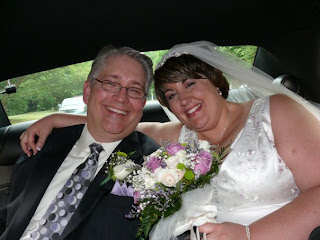 We're nearing the home stretch folks. I've got one more of these little numbers to write after this one and then my blog readership will be hovering somewhere in the 20's....I'm sure if it.

As with the rest of my friends, Leighanne and I had a less than ideal start. (Inauspicious for lack of a better word.) She sat next to me and was my homework partner in 10th grade Social Studies. When I called her she gave me the homework and quickly tried to get off the phone. I tried engaging her in conversation, she tried even harder to get off the phone. I was chatty, she was silent....My goodness, I think the girl hardly even liked me at first.

Eventually she warmed up to me and became part of my group of friends. She was alway the one everyone liked. She was also always a "By the rules girl." Leighanne turned 21 six months before the rest of us and sometimes (only sometimes) we could convince her into buying us beer. One night a bunch of us finally convinced her that she should buy us a CRAP load of beer/wine coolers. We loaded them all into a big cooler which we carried to the beach. During all the reveling we noticed that a policeman was patrolling nearby. We quickly closed the cooler and waited for him to come over. Deanna probably said something about not making a scene. Just as the policeman made his way up and said hello I tripped over the cooler and spilled all of the alcohol at his feet. I don't think she ever bought us beer again..

Leighanne is all about her car, which probably explains why we've solved almost every life crisis that either of us have had while. "Doing The Ride" as in, "Let's get coffee and do the ride, ok." This means we drive all over and talk a lot. We don't always solve problems, sometimes we just chat. She is one of those people I can have marathon chat sessions with. I can't imagine the fossil fuel we've burned. All this driving however, has not improved her sense of direction in the slightest....

Her favorite line from a movie is from Steel Magnolias, "Laughter through tears is my favorite emotion." and she practices it well. If I'm crying or she is, rest assured, we will find something to laugh about before we are done. It's hard to put into words the gratitude that I feel for this woman who has been there for my every heartbreak and setback and every time I've just wanted to bitch about something. In my head I see her metaphorically picking me up, dusting me off a little, and getting me back on track. Leighanne is family to me. There is no other way to describe it.

Leighanne waited a while to get married and when she did, she found a gem of a man, in Tim. They have a beautifully decorated home (thanks to Tim) and two lovely dogs. Leighanne is a dog person and has a relationship with animals that I envy.

As many of you know, her stepson was killed in a car accident the day after her wedding. She has shown so much grace and wisdom in the two years since, that she has brought both her and her husband through the fire. This has not been easy and a lesser women would have failed.

She doesn't think so but she is one of the strongest people I know.
Posted by Christine at 10:41 PM

Labels: About me, Friends

Let me be the first to comment!!
That gave me goosebumps, I'm toasting Leighanne with my morning coffee........After 20 some odd years we all turned out pretty good and even though some of us remained closer than others it's nice to know that friendships can survive and we can always count on eachother.

Thank you my friend. I have enjoyed reading your posts this whole time, though your posts on your blog have been so fun and heartfelt to read. You certainly are family to me, and I could not have gotten this far without you! THANK YOU!

The feeling, Leighanne, is completely mutual!!!

And it's a good thing gas prices have gone down!