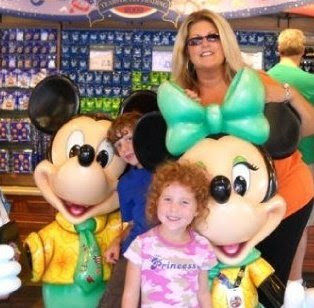 Ever since I wrote about Jen, frankly, I'm surprised at how many of you actually want to hear my opinion about you.

Another inauspicious start. (I swear to you, I'm not always socially awkward. Just with people with whom I'm about to form long term bonds. And another thing. You may want to think twice about befriending me because it's hard to escape. People have tried, they are still trying...)

Anyway, in the first grade I somehow got stuck sitting with the new girl on the bus ride home. I don't remember how this next part happened but at one point the girl started leaking chocolate pudding. Everywhere.....It was coming from her lunchbox. Apparently, her thermos. She was getting covered in it. She looked at me with a pained expression and said,

" Can I have that?" She motioned to the ART PROJECT in my hands. The one I had made out of a Styrofoam meat tray, into which, I had carved a design with a pencil.
"WTF?"
Ok, as a first grader I did not really say that, but let me tell you, had I know about those words and their meaning I would have at least thought it. She wanted it, to PUT HER LEAKING LUNCH BOX ON.

She turned out to live across the street from me.

A little while later the doorbell rang.

Standing there was Pudding Girl.

She had my art project. It was obvious that she had tried to clean it off herself because all the little grooves that I had carved out were all still filled with pudding!!!!

But what a sweet gesture. I assure you, that I did not get that at the time. But as an adult I can see how that sweet little pudding girl grew into the nurturing momma hen that she is today. I can almost cry over that little girl with my dirty art project.

Jacquie is one of my oldest and best friends. She has a huge laugh that reminds me of Paula Dean. (or rather Paula reminds me of Jacquie) I can hear it in my head as I type this. We shared every first day of school together from the 2nd grade on. (Including the one where I was wearing the awkward cranberry skirt. I would scan it for you all to see but she would kill me, she hates that picture. She does, in fact, look worse than I do.) We learned how to apply blue eyeshadow together and we were going to marry members of Duran Duran . We spent summer days in her pool and summer nights having sleepovers. Her family treated me like their 4th daughter. She got her period and breasts before I did and let me know it. I grew mine larger, just to spite her.

Despite all this growing up together, we could not BE more different. I tell her she's cheesy and she laughs at me. She lives in a BIG house with BIG hair and BIG everything but she emailed me when she started recycling!!! She has a big personality that I love and a huge capacity to love others (unless she hates them and then she REALLY hates them.) She's loyal and is very popular wherever she goes. She was way more popular than I was in school and people have always gravitated to her.

She lives in NC and is married to the love of her life, Jimmy, who installs light fixtures when he visits. She has 2 beautiful children. Every time I see her it's like no time has passed. The last time I visited her in NC I started crying when I got in line to board and didn't stop until we were airborne. I'm sure people thought I was working thought some major stuff. Nope, just missing my Jacquie already!

I will truly know that woman forever and I'm so lucky to be able to say that.

She reads my blog every day but NEVER comments... She better comment on this one-A deal is a deal Jacquie. And since I told you the library will let you rent DVD's for free, you owe me.
Posted by Christine at 10:31 PM

I was nervous to see what you wrote about me (thank God there was nothing else in the "BIG" section!) but as always, you never fail me. You are sweet, kind, generous with your praise, and truly thoughtful. I love you more now than when we met 32 years ago (OMG we sound like we are 63!). I might not see you everyday, or only talk once a month on the phone, or see you in person just once every two years, but you are always in my heart. I will love you forever, best friend!

PS..(did you really have to tell everybody you had bigger ta-ta's than me??)

I was laughing so hard when I wrote that Jac...It's funny....

I love you too! I miss you!