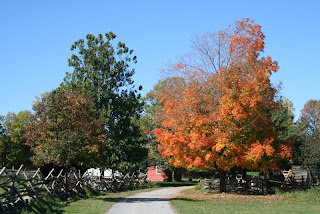 Today, after eating at my favorite sandwich at the The Leaf & Bean coffee house & cafe with Deanna, I had planned on going to the Rochester Museum & Science Center to see the Titanic Artifact Exhibit.

After Deanna suggested that perhaps that exhibit would be a bit depressing, it hit me that I was only 15 minutes away from one of my happy places, The Genesee Country Village & Museum! 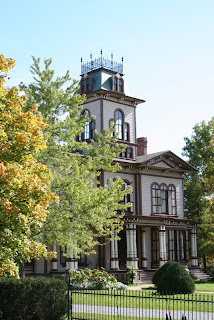 One Pumpkin Spice Coffee later and I was on my way! 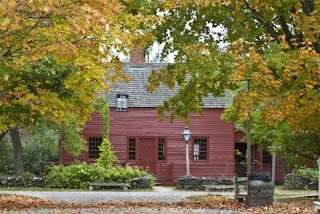 When I arrived I was dismayed to find that they had closed this past Sunday for the season. I brightened up a little when the woman at the store told me I could walk the village for a mere $5!!!! No buildings were open but really, that was ok. I just like being there. 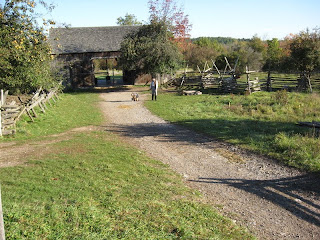 I had the WHOLE village to MYSELF (with the exception of 3 people working on the grounds). This was completely awesome and what a feeling of abundance that was! I walked around a few times, (there are 68 buildings!) saw the animals, sat on many of the porches, peeked in windows and looked at the remainder of this season's gardens. I saw my pioneer cabin & oxen. 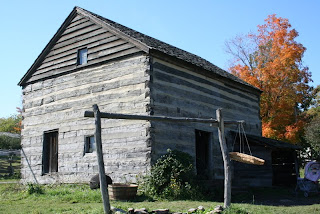 I spent a little under 2 hours there soaking up the atmosphere. It was really peaceful & a perfect way to spend a nice fall afternoon alone. Sometimes I just sat on the porches and breathed deeply... 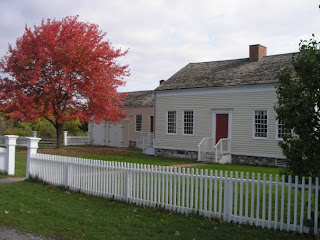 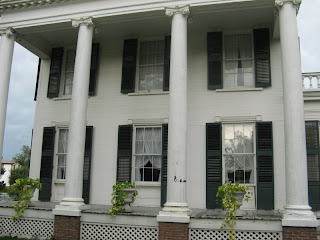 I have not enjoyed $5 so much in a long time!

*note-I forgot my camera today so the pictures are all from prior visits.
Posted by Christine at 11:15 PM

I have never heard of Leaf & Bean. I just went to their site and it looks GREAT!!!! I have to go there now :)

They have the best lunches there Karley, you would love it. And it's a really gorgeous place as well!!!

I wish I could have continued on with you and walked around the museum too! But back to work, sniff, sniff! ;) Still, lunch was fun and how nice for you to wander around and check everything out on your own!

It was really awesome and just what I needed!