I've never been to Ohio before and truthfully, was not sure what Dayton has to offer. It turns out it has A LOT to offer and most of it is free.

My BIL is an officer in the United States Air Force stationed at Wright-Patterson Airbase. In addition to being the home of Aliens from area 51, it is also home to The National M 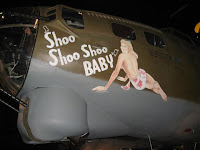 useum of The United Stated Air Force. This is an enormous museum that is open daily and is FREE TO THE PUBLIC! People come from all over the country to see this place. It was awesome. We saw stuff from the Wright brothers to the space program and all points in-between. It was impressive, and sad and thought provoking and fun. There was a wonderful Bob Hope exhibit and a somber Holocaust display. I could go on and on but you get the point. There were A LOT of planes!!!

Another wonderful thing about Dayton are the Five Rivers Metro-Parks. This is a group of 25 publicly funded parks around town that are ABSOLUTELY free. These are not just your run of the mill swin 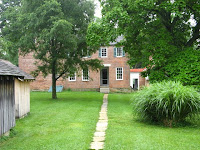 g set parks. We are talking arboretums, kids sensory gardens, fishing, biking. This is some impressive public infrastructure. Most notably (to me!) was Carriage Hill Metro Park, which is a working 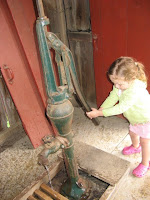 There were gardens and a house tour, an old fashioned play house for kids, animals, a penny candy store and a really really well done learning center. ALL FREE! They also have seasonal programs throughout about life on the farm. How jealous am I that our family lives so close to this little gem!


Also on our summer tour was a really huge Flea Market for the eBayer in me and a trip to what I think must be the biggest grocery store in the world, Jungle Jims. 6 Acres of food from around the world. They even have a section JUST FOR BUTTER. That tells you how big this place is! Very fun!

Tomorrow ends this leg of the tour. Onward home with a few little stops along the way!
Posted by Christine at 3:35 PM

So glad you got to enjoy Jungle Jim's! I'm a local and shop there regularly due to their amazing offerings.

It was TRULY amazing. I bought real Greek yogurt and lavender yogurt.

Wow you find the coolest places to go! I imagine Jungle Jim's wasn't a frugal friendly place to shop but a fun and pretty inexpensive, as long as you didn’t go too crazy, way to spend part of your day. I hope you took some pictures! LOL

Well you could spend A LOT in there but mostly because you just want to buy all the neat stuff. I mean stuff you have no idea that they even have! All in all I thought the prices were pretty good at Jungle Jim's (We ended up spending about $28 so the damage wasn't too bad!)

And PS, as far as finding cool stuff in Ohio-I didn't-that was all my BIL and SIL, they are real explorers when they move to a new place and always show us the sights when we get there!