I'll Have A Large Order Of Medium Wings Please

On the way home from our trip we had to pass one of my sacred places-The Village of Fredonia. More specifically, SUNY Fredonia, the place 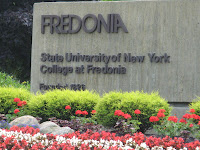 where Jen and I will tell you, we had a better time at college than anyone we know. (Probably anyone ever.) 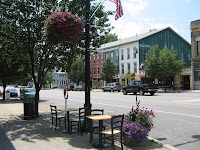 Of course we stopped. Of course I went to Pizza, Wings and Things 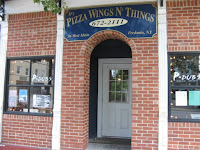 and ordered A LARGE ORDER OF MEDIUM WINGS. The best wings ever. A magic recipe. You have to get the medium ones to make sure you get that special combo of tangy and spicy. I would love to know how many of these I've consumed in my lifetime because I bet it's a lot. (see that phone #, it's still the same and I still know it if that tells you anything!) Probably 500. Mostly eaten at night. Possibly eaten drunk. 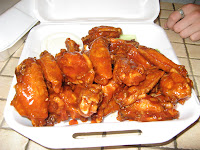 A few years ago Jen and I went back and approached the guy who was behind the counter and begged for the recipe. He said "um OK, it's Open Pit BBQ sauce and red hot." That's it. The secret is out people. Make these wings at home for yourselves. (Although they won't be as good unless you eat them with Jen.)

A quick tour through the town & school with my husband, nephew and daughter wasn't nearly enough. I needed to walk around and drink it in but we had been driving all day and wanted to get home. I was practically weepy and everyone in the car was very patient being that they could not quite grasp the enormity of this place for me. The last time I was there, Jen and I knocked on the door of my Freshman dorm room and harassed the girls inside. We asked them if they were having a great time there. We later decided they were not having as much fun as we did. Clearly I can't be trusted there. I start feeling wild and reckless like I did in college. 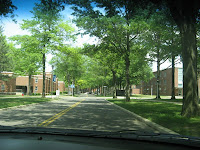 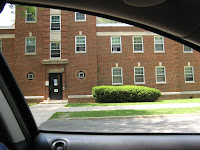 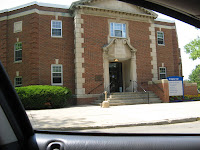 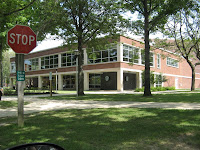 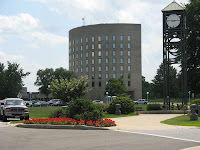 I can't even drive through this place without my heart breaking a little. It's a good pain though-Kind of like eating a large order of medium wings.
Posted by Christine at 11:00 PM