I told you it was good.

And I guess I was right because this weekend, I entered my favorite pound cake at the Agricultural Society Fair & Exposition at the Genesee Country Village & Museum and I took home the BLUE RIBBON for it!! 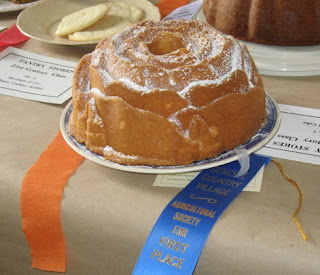 I entered the 21st century pound cake category because to enter the 19th century category you need to cook your entry in a cast iron stove, or over a fire or in a fireplace oven. I just didn't have access to that!

However, I did add a healthy dose of rosewater in place of the vanilla to give it a 19th century flair. What probably helped me win it though, was the rose cake pan that I borrowed from my MIL as well as the blue willow plate that I served it on.

I'll be perfectly honest, there were only 4 cakes in the pound cake category. Still, I've never won anything with my cooking or baking so I was pretty tickled.

I was also a judge-I judged flavored vinegar (all were fantastic) and 2 kids categories-cut & rolled sugar cookies and a 19th century craft. The craft was a woven (on a loom) scarf. It was the only entry in the category. But it was done by a CHILD and it was GORGEOUS. I'm SO taking a weaving class at the museum sometime.

We had a lot of fun. 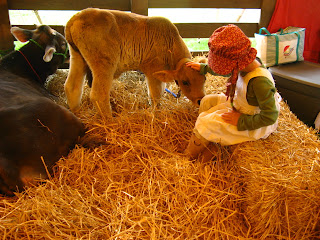 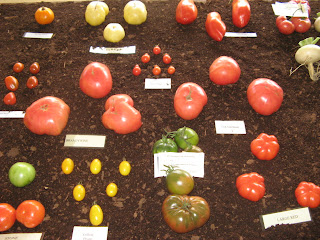 I love looking at all the different heirloom produce displayed. 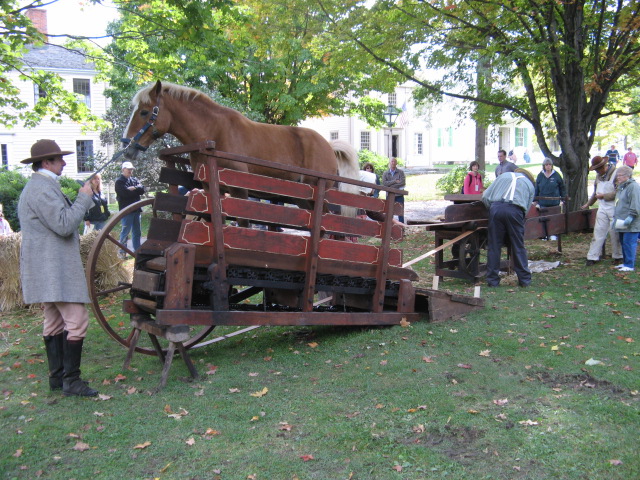 We saw a horse powered threshing machine. I've read about this and have never seen it before so this was neat 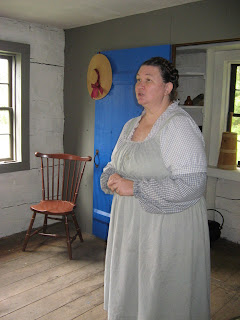 We visited my pioneer Deanna, the mid-wife over at Keiffer's Place. Check out that Prussian Blue door behind her! It's a color original to the house! Isn't that wild! (also check out her 19th century hair!) While we were there we also met an exchange student from Finland who was here through the Rotary Club-Just like my friend Mari 20 years ago! 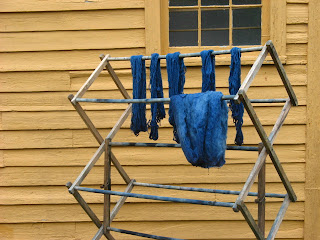 I'd also really like to spin and dye my own yard, however, I doubt that I would like anyone enough to give away something I knit with this kind of yarn so perhaps not.... 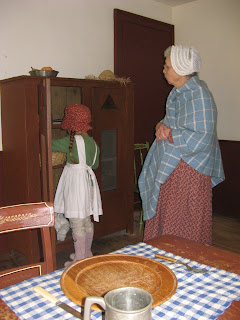 My girl had a blast in the children's hands-on exhibit in the Mackay Homestead. 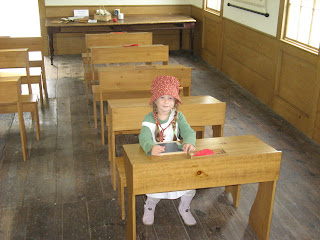 And she visited the Romulus Female Seminary twice because she had so much fun at the desk. 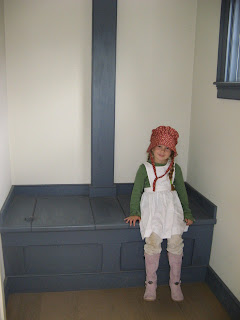 The only indoor toilet in the village. Look closely at this because it cracks me up. There are 2 seats here!!! Really?? Were people really sitting here together at one time??? Who would want to do that? 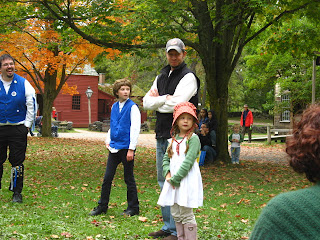 They had these crazy dancers that my daughter loved. They wore bells and a lot of flair. They also did a lot of audience participation dances... I did one that we had to do all kinds of hand claps and another where we had to bang sticks together. (notice I'm not posting those pictures). This round I sat out and took pictures while my lucky husband got to dance in the circle.
Posted by Christine at 10:06 PM

Are they Morris Dancers? I know they have lots of bells...

everything looks classic....And your daughter is looking like little country side princess...it reminds a drama''princess on the road''a story of a kind hearted princess
nice blog.

That looks like such a fun day! Congratulations on the blue ribbon. The pound cake looks delicious!

That looks like a fun day! Congratulations on the ribbon. The pound cake looks delicious!

Thanks Krista. Is IS good! You can't see it but they took a piece out of the back to try.

Congrats on the blue ribbon!

So awesome! My mother is going to be tickled!

What can you tell me about that drying rack. Is it antique?

Meredith, I doubt that the drying rack is antique. It may be old, but it's not valuable. Typically "real" antiques are taken better care of and used for display purposes while less valuable pieces are used for demonstration and utilitarian purposes. That doesn't mean that it doesn't belong in the time period, just that it doesn't qualify as valuable.

Thanks! I actually have one of those that I found in an old chicken coop. It is still in excellent condition and the 'springs' work great too. I use it almost every time I do laundry.
I didn;t know anything about it other than it is very durable and sturdy - MUCH better than you can find in stores today.