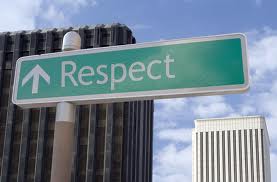 While we are on the subject of my daughter, I have a little secret to share.

And I don't even know why I'm bothering except to say that it's something I've gotten a lot of  negative feedback on and while it's not that common, I can't seem to get all worked up over it like many people I've come in contact with. It's kind of surprising to me.

So here it is.

Calls us by our first names.

I would almost be surprised if you were not, judging by the reactions of those around me. I think I had no idea the amount of people I know who can raise one eyebrow....

Grandparents, naturally, are scandalized.... I mean really. My mom told Emma that in their house she was not allowed to call me Christine. I told her not to worry about it. Then my mother told Emma that if we were out in public and she called me Christine, people would think I was not her mother....I asked why on earth we care about what complete strangers think? It was like a tennis match with my daughter as the ball....

I have no need to prove her lineage to strangers. While I am very proud to be her Momma I don't need to wave that at you like a flag or something. And honestly, if you see us together, you'll probbaly guess we're mother and daughter anyway-We look similar and I'm usually tending to her....

Perhaps I should explain the context a little. Mostly she calls us Mommy or Momma & Daddy or Dad. Sometimes, if she's laughing and giggling she'll throw in a Christine or William or "Chrissy, can I have a popsicle." or if we're at the store "CHRISTINE will you look at that!"

This does not bug me. My name is Christine. My best friends are allowed to call me that, why not, then, the creature I love most on this planet? Yes, she is the ONLY person who can call me Mommy, but should she not get to use a salutation that everyone else does?

Does this seem overly familiar? I am, indeed, most familiar to those in my own home. Being called by my name by them does not offend me.

Lack of respect has also been thrown around A LOT regading this issue-I can tell you with certainty, that there are people who respect me far less than my daughter, walking around using my name all day long.

Additionally,I'd challenge that the rolled eyes or the "You're a mean mommy" show a much greater lack of respect than using my god-given name. And while many people may not have a child running around calling them by their name, a great deal of them have disrespectful kids....*Note-We also have the rolled eyes and mean mommy talk and even a "I hate you" thrown in when were're feeling particularly naughty.... But that's a different issue.

What I find interestring about the situation is when she calls me by my name and someone corrects her. IN FRONT OF ME. No, that's not being disrespectful to me at all is it? Who is the one with no manners now?

She's aware that she's not allowed to call anyone by a name they do not want her to use. She is forbidden to call her grandparents Mary Ellen and John for example. That seems respectful to me (using people's preferences..)

And people, this is mostly a joke but my daugher has the ability to say mommy like 300 times in a row. Sometimes my name is a welcome break....

I actually think this is more of a phase than anything, and trust me, I can get worked up over white bread and Gogurt..... I'm not exactly a permissive person. I just can't muster any negative energy about this name thing.

Sometines when she calles me Christine I do call her Child though ;-)
Posted by Christine at 11:07 PM

Labels: About me, Parenting

Now, Nicholas would never even think to call me anything but Mommy.

Ben, on the other hand, likes to use my full name at times. One day when we were in Target, he asked if he could get a $80 Star Wars Lego set.

I told him no. He used my full name, as if I were in big trouble and said, "Well, Karley Ziegler Mott, I am really mad right now!"

He thinks it is funny to say Tom or Karley, but always goes back to Mommy and Daddy.

People don't need to get their britches in a knot over this. Why? Emma is a polite, kind-hearted, respectful little girl. That is what matters!

It clearly makes people uncomfortable. And I admit, sounds a little weird coming out of her mouth. She just loves it though. I generally think disrespect is a matter of tone more than it is the words said. Trust me, she can make Mommy sound disrespectful!