Song of The Nile by Stephanie Dray 
Today, October 4th is the day that my friend Stephanie Dray's much anticipated 2nd novel, Song of the Nile is being released! Very exciting news! Her writing is simply superb! And reviews are coming in very positive from all directions!
Synopsis:

Cleopatra’s daughter is the emperor’s most unlikely apprentice and the one woman who can destroy his empire…
Having survived her perilous childhood as a royal captive, Selene pledged her loyalty to Augustus Caesar in exchange for a throne. Now the young Queen of Mauretania faces an uncertain destiny in a foreign land.
Forced to marry a man of the emperor’s choosing, Selene will not allow her new husband to rule in her name. As a religious icon, she wins the love of her new subjects, begins building a new capital city and brings forth bountiful harvests for Rome.
But it’s the magic of Isis flowing through her veins that makes her indispensable to the emperor. Against a backdrop of imperial politics and religious persecution, Cleopatra’s daughter beguiles her way to the very pinnacle of power. She has never forgotten her birthright, but will the price of her mother’s throne be more than she’s willing to pay? 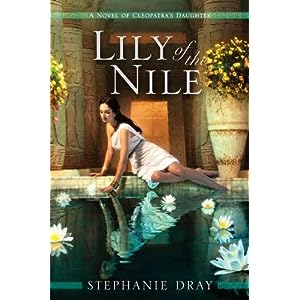 The book is the 2nd in a trilogy, the first of which Lily of The Nile, was released last year to great fanfare! It will be followed by a 3rd installment, due out in 2012. These books are not to be missed!!!