I Bet You Say That To All The Girls

So yesterday after helping  accompany 12 daisy girl scouts to the Rochester Museum & Science Center  to earn a badge, I stopped at my favoirte Italian food store, Rubinos.

I've mentioned this place before. The smells in there just make your mouth water. And they make the best homemade susage ever. Parsley, wine & cheese, being my personal favoirte. I like it so much that even if I'm in there for something else, I make it a point to buy some as I don't get there all that often.

Such was the case yesterday. 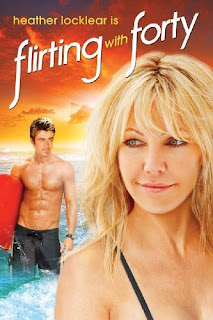 So there is a relly cute guy (boy, really) who works behind the meat counter (the irony of this is not lost on me.....) And when I'm ordering susage he flirts with me.

And rather than being flattered, I find myself questiong his motives. Or his eyesight...Don't get me wrong, it's not like I've never been flirted with, recently even, but this boy is probably no more than 23. And while I WAS showered, I had just been to the museum for 3.5 hours with 12 little girls.... I'm sure I didn't look my "best."

And I'm not a regular enough customer that this boy would remember me so I think he flirts with everyone. Probably to sell more susage. I found myself wondering if possibly he was the grandson of the owner with a share in the susage sales or something. Ok, maybe I didn't think that exact thought until just a minute ago, but I did think to myself "Who ARE you smiling at? Do you not see the small girl next to me???" I have nephews your age...

When he grinned at me slyly and said "You have a GREAT day now, ok" I almost said, "Whatever." I probably looked confused.

My husband tried to boost my ego by saying something like "I'm sure he WAS flirting with you, not every guy wants a young girl with heavy eyeliner..." Eyeliner???? Where did THAT even come from (*note to self- put liquid eyeliner on the grocery list.....)  At least he didn't say vetrinerian barbie... .

But really, do most  any 23 year old men (boys) want to flirt with women who have daisy girls scouts in full uniform as accessories???

Nothing makes you feel your age more than questioning the motives of men (boys) flirting with you.
Posted by Christine at 11:08 PM

LOL! I actually have to go to Rubino's tomorrow for more of that sausage for my sauce. Maybe HE will be there ;-)

You make me smile. I say take it a a compliment! Besides I'm thinking you are one of only a few people who are even close to that boy's age!

Great post...made me laugh. Heck, maybe you just don't look your age...just enjoy! I was thinking if this happened to a man with a cute little girl sausage seller, he'd just strut out of that store feeling like a million bucks :D

Ha Pedal Power! You're right! If that was my husband he would be telling me how much the susage girl liked him!!!