Vacation Musings & A Stranger on the Plane

I'm back from a week long trip to Florida. Did you even know I was gone? I found a  feature on the blog setup page that enabled me to schedule all of the posts for last week. Neat huh? 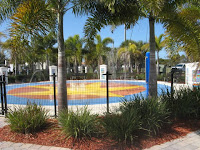 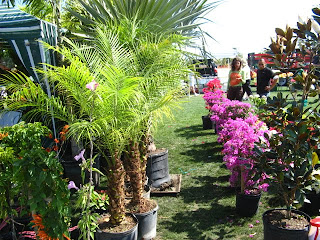 Like the rest of the country, Florida was unseasonably cold last week which curtailed many of our usual activities. We hardly spent any time at the pool and when we went to our favorite park, the spray part was completely unused. Our trip to the beach was nice but we all wore hooded sweatshirts. Still, an afternoon walking in the ocean surf looking for shells while drinking an Earl Grey Latte from Starbucks (my non-coffee favorite there) still beats snow shoveling (ok, I actually don't shovel snow often but you get the picture.) We got a visitor's library card, spent time at the awesome park, went to the farmers market, found a new breakfast place, First Watch,  courtesy of my friend Karley, explored Naples at night and ate at The Mangove Cafe. All was well. I can pretty much have fun anytime I get a chance to go somewhere else. (I used to love going on business trips, even if I was alone. ) Anyhow, I caught a terrible cold there and the pressure in my ears was so bad landing on our first flight yesterday that I was rendered half deaf for most of the day. That combined with my child's speech impediment made communication between the two of us nearly impossible.

After a 2 1/2 hour flight we had a 3 hour layover at JFK. Finally they called  us to board. Because we have a child I always board when they say people with children can board. Not because we need to do that because of her mind you, but because I like to get settled in my seat quickly with a book. I don't  mind flying too much but I try and read to ignore the fact that I'm taking off, landing or hurtling through the air at however many miles an hour however many feet above ground. The denial usually helps me manage my fear.

There were only 2 seats per side so I opted  won the bid, to sit alone in peace and quiet (having used the "I can't hear anything our child is saying" argument.") However, I was unable to get my book out fast enough before my fellow traveler arrived. He said hello and asked how I was and how my trip was and where I had been. ("Damn" I thought, "a chatty one"...) Now, I like to consider myself a friendly gal but I'm really NOT the one who wants to chat up strangers on a plane. I really just want to read.   But this man was having none of that. I felt compelled to ask him where he had been. He whipped out his CAMERA and when he turned it on I could sense my husband's amused grin at the irony of my quiet reading time evaporating.

It turned out that this man is a physician who had spent the whole week in the Dominican Republic traveling to different villages and treating people in a makeshift doctor's office that they would set up in schools. He slept in bunk houses and ate local foods. The thing about him was, that he was completely GLOWING from the experience of the whole thing. It was his first time doing something like this and he had volunteered  on a whim. He said if he thought too much about it he would have backed out. He has a private practice and a wife and 16 year old daughter. He was a pretty normal looking, unassuming guy. He didn't look like a risk taker to me. BUT, He LOVED it. He's going next year. It was inspiring. And it was inspiring not just because of his contribution, but because he pushed himself out of his comfort level and challenged himself. And he was changed because of it. And happy. And proud.

We spoke the entire flight. He was a very engaging man with a kind exterior. He asked me real questions about myself and was really interested in my answers. He kept apologizing for telling me about his trip but the man was practically bursting to share this with someone.

I'm glad I got to be that person for a little while.
Posted by Christine at 11:28 PM

Sounds like a great trip, despite the weather. It has been so cold down here. Last week we made it up to 65, but this week it is back to the 50s.

One of the things I hate is a chatty neighbor on a flight. On my last flight to Germany, I sat in the row with two other women who talked the entire time. The entire 10 hours that I was on the plane. Ten.hours.

I wouldn't have minded sitting next to this guy, either. Sounds like a fascinating trip!

I was actually wondering about your weather when we were down there. I figured it could not be much different than what we were experiencing.

10 HOURS!!! I would have wanted to poke my eyes out at the end of that!

It was bad. The whole trip talking about how bad Germany was. (One married a German guy and went back to see her in-laws and one was German but living in the US.) Always nice to hear how horrible the place you are hurling through the sky towards is. lol

Oh my goodness. That is terrible!

Well it must not have been too bad as you'll be back there soon!